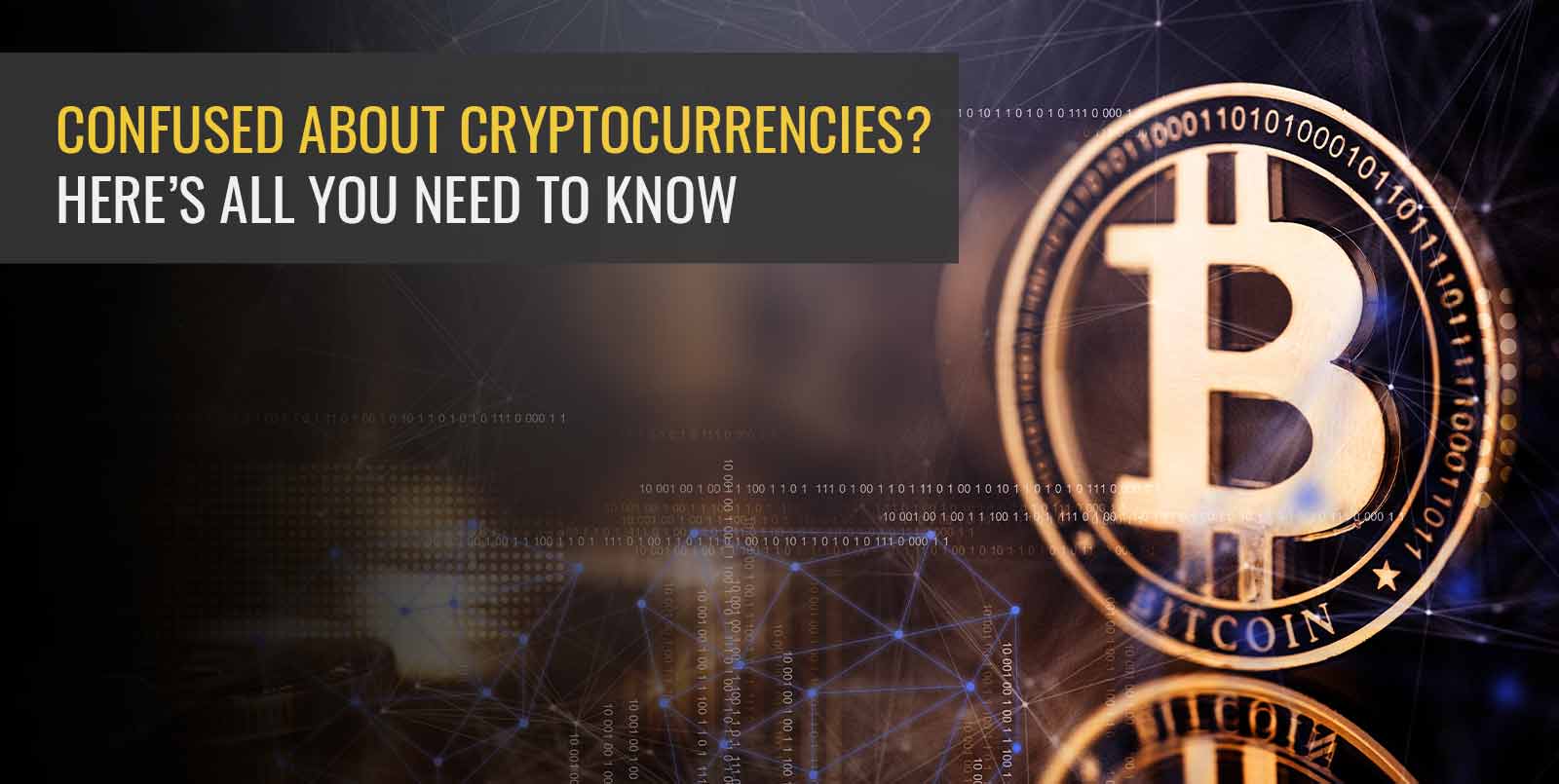 Cryptocurrencies are all the rage these days. In the last one and a half years, they have witnessed a meteoric rise and have given mind-boggling returns to the holders of these virtual currencies. However, they have delivered a fair share of volatility shocks to their investors as well. Many have commented that these digital currencies are the next bubble waiting to burst but that hasn’t deterred its believers- many of them millennials and young working professionals- from funnelling their savings into cryptocoins.

So, if you are curious about the buzz surrounding cryptocurrencies but don’t know if you should invest in them or where to begin, here are a few FAQs to help resolve your investment dilemmas.

Cryptocurrencies are virtual currencies that can be exchanged for good or services online. Being digital currencies, they can’t be seen or touched but they have a value attached to them. When one buys a cryptocurrency he exchanges actual fiat money (money backed by the government) in exchange for them.

The value of cryptocurrency relies on an online ledger called the blockchain.

Blockchain is an online electronic ledger of cryptocurrencies. It is almost like an accounting ledger with the key difference that this electronic ledger cannot be tampered with. The technology underlying blockchain links millions of computer systems throughout the world and billions of transactions are stored in an encoded format in these computers. Each and every computer then becomes a node in the system that monitors other nodes making the system tamper-proof.

3. How is blockchain different from cryptocurrencies?

4. Can actual fiat money be used to make payments to the nodes for their service? Why are the nodes paid off by cryptocurrencies?

The blockchain system is maintained across millions of nodes spread across the world and these million nodes write billions of records every second. The nodes receive a minuscule fraction of a dollar as payment for each micro-transaction. Real fiat money cannot be used to make actual payment to millions of nodes. In a way, blockchain technology removes the inefficiencies that crop up because of numerous intermediaries in the conventional monetary path like banks, card companies, agents who in turn cause numerous hurdles of transfer fees, exchange rate volatility, commission etc. All of these inefficiencies are eliminated using blockchain technology.

5. Can I buy cryptocurrenciesin India?

Cryptocurrencies can be brought through a number of apps online. These apps can be downloaded from the Google Play Store or the App Store. Users are required to complete the KYC process and transfer money to their accounts to buy cryptocurrencies.

As of now, no. However, the future does not bode well for cryptocurrencies given that the Indian government has declared its intention to bring in a bill banning the trading of cryptocurrency in India. The Cryptocurrency and Regulation of Official Digital Currency Bill, 2021 will, reportedly, pave the way for the banning of digital currencies in India and erect a framework for the launch of a government-backed digital currency.

7. Why is the government and theRBI apprehensive about cryptocurrencies?

8. Why were cryptocurrenciescreated in the first place?

Cryptocurrencies were created in the aftermath of the 2008 recession. The creators wanted to place more monetary power with the people rather than federal banks and governments. The creators argued that the value of currency issued by banks and governments tends to reduce over time as more and more currency is printed. That is why a cap was placed over the production of digital currencies. To this day, there are only 21 million bitcoins across the globe.

9. Why does the price of digital currencies keep fluctuating?

10. What are the most popular digital currencies?